I try to spend a couple of weeks in San Francisco each year. It is like a â€œstudy abroadâ€ program to learn the latest in innovation just being there. I have many friends who are out there now leading startup organizations. I learn a lot from them, not only about the latest web apps and technologies to use, but also about leadership and innovation. There is no substitute for learning this stuff from being on the streets, close to the ground and with the people doing it like it should be done.

One of these people is Rishi Shah, a founder of Digioh, FlyingCart, and a popular blog called GettingMoreAwesome. Iâ€™ve known Rishi for years since we shared a tiny office in Madison. We even took a roadtrip from Wisconsin to San Francisco together when he moved out there and I get the opportunity to check in on him each year. Each visit I see growth, there are new products, new team members, new results, and new innovations. Rishi is new school and old school. He develops web apps and subscribes to the Lean Startup philosophy but has a whiteboard in his office with â€œCall Customersâ€ written on it. 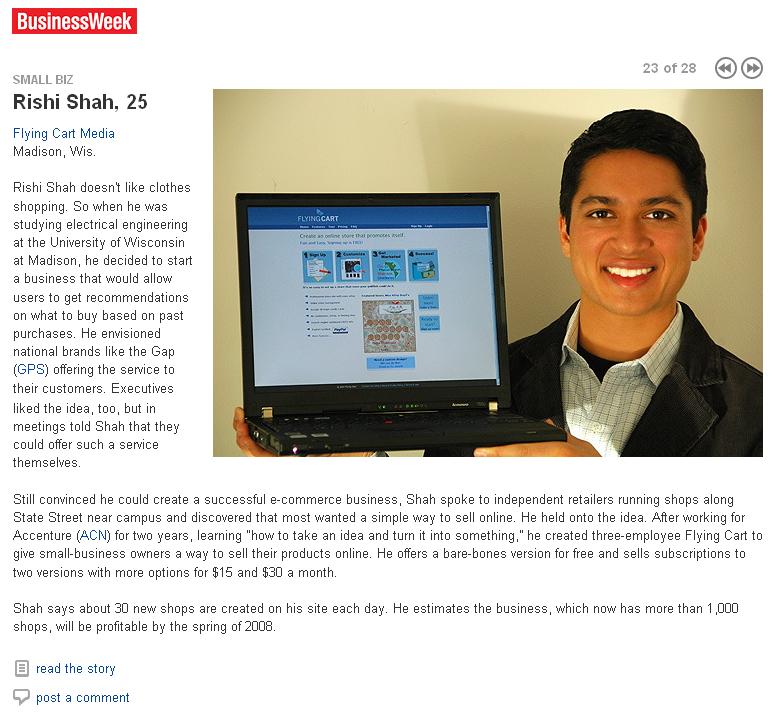 I got to spend a week on Rishiâ€™s couch. If you really want to learn about and from someoneâ€¦youâ€™ve got to crash on their couch. When we roadtripped out to San Francisco 2 years ago it was just Rishi leaving the Midwest, taking a risk on moving to San Francisco. When I visited last year, Rishi had convinced his lead developer, Robert to move out to San Francisco. I remember they had taken a tour at Google and were blown away. They came back from that visit inspired and with smoothies. The thing they kept talking about was how amazing it was that they had Odwalla smoothies there for employees. This recent visit Rishi added a new developer, Ben, to the team. Now there were three Wisconsin guys in San Francisco merging the Wisconsin work ethic with San Francisco innovation. They were also operating leanlyâ€¦sharing a co-working space, working around the clock, sharing meals together, having a lot of fun, and getting absolutely incredible amounts of productive work done. But remember, you learn the most crashing on the couch. Each morning at Rishiâ€™s place I was awakened to a very loud blender. Each morning Rishi wakes up early and makes a 30 ingredient smoothie for his team of 3. He blends fruits, vegetables, and grains with vitamins. He puts the smoothies in a to-go container and brings them to the office. His team starts the day with energy, nutrition, and something to look forward to. Rishi (knowingly or unknowingly) brought one of the best ideas his team saw firsthand at Google to his scale in his co-working office space. He brought in the smoothies. But, Rishi didnâ€™t buy the expensive pre-packaged smoothies. He is operating lean and effectively. He made more nutritious, tastier, and less expensive smoothies each morningâ€¦homemade. He also made one for me each day and they were amazing. Maybe he will pivot and get into the smoothie business. 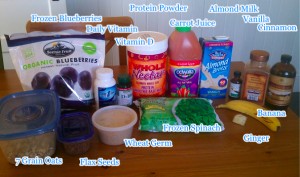 The innovation lesson I learned is that you can start right now. Rishi is working towards building a significant organization like Google. He doesnâ€™t have a campus with thousands of employees. He has an office of 3 people in a co-working space. He found a way to bring one of the most inspiring ideas from Google to his company at a scale and in a way that works best. This single act of making smoothies in the morning shows a lot about Rishiâ€™s character. He really cares about his team and having a positive organizational culture. He literally does it first thing in the morning. 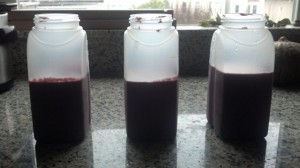 I was inspired by Rishi and how he was leading his organization in a lean and innovative way. From crashing on his couch I saw that he was living sturdily and Spartan-like. He was living simply to invest in his team and product development. Rishi also blends not only new school smoothies but also old school philosophy into his business by focusing on the customer. I saw him do each day what was written on the whiteboardâ€¦call customers. Many organizations wonâ€™t even respond to customers emailsâ€¦but Rishi reaches out and calls them first! This is why his teamâ€™s FlyingCart and Digioh products are growing and doing exactly what their customers wantâ€¦because he knows! Heâ€™s talked to them himselfâ€¦and heâ€™d probably make them a smoothie if they crashed on his couch.